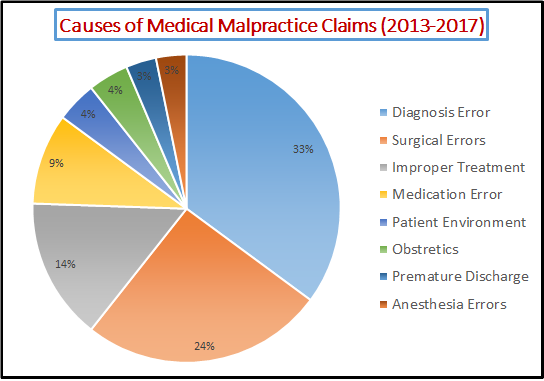 A medical error is a preventable adverse effect of medical care that occurs due to a deviation from standard medical care. A research study done a few years ago estimated that more than 250,000 people die every year from medical errors, making it the third leading cause of death in the US after cancer and cardiovascular diseases.

How many medical malpractice cases are filed in a year?

Since the 1960s, the frequency of medical malpractice claims has increased; and today, lawsuits filed alleging malpractice by a physician are relatively common in the United States. The number of cases in the United States tends to vary by state, with an average of 85,000 cases filed each year. Furthermore, a 2017 survey by the national patient safety foundation and healthcare improvement reported 21% of American adults had personally suffered from a medical error. In the same study, 31% of the respondents said a close one had experienced negligence. This suffering has been shown to cause lasting effects on physical health, emotional health, financial well-being, and family relationships.

With the increasing claims, the economic impact due to medical errors is also worsening. The effect of medical errors on hospitals is significant and continues to rise. In 2008, according to a study sponsored by the Society for Actuaries and conducted by Milliman in 2010, medical errors cost the United States $19.5 billion from which, about 87 percent or $17 billion was directly associated with additional medical costs, to improve quality and operational efficiency to avoid such errors. Yet there is a lack of preventive programs to reduce the occurrence of medical errors that create a substantial financial burden on the healthcare system.

What is the average medical malpractice payout?

Paid medical malpractice claims that resulted in smaller payouts (less than $500,000) have dropped nearly 55% since 2001. The number of large claims ($500,000 or more) against health care providers has been far more constant over that same period of time. The average amount paid on claims is $242,000 or more and has remained relatively constant.

The number of paid claims has declined during the past years but the mean paid amount for the claims has increased. The payouts also vary according to the specialty with the highest being obstetrics at around $880,000. Average gross compensation paid for the surgery, medical treatment, diagnosis, emergency, medication, and obstetrics is between $100,000 to $1 million, but they vary on a case by case basis. 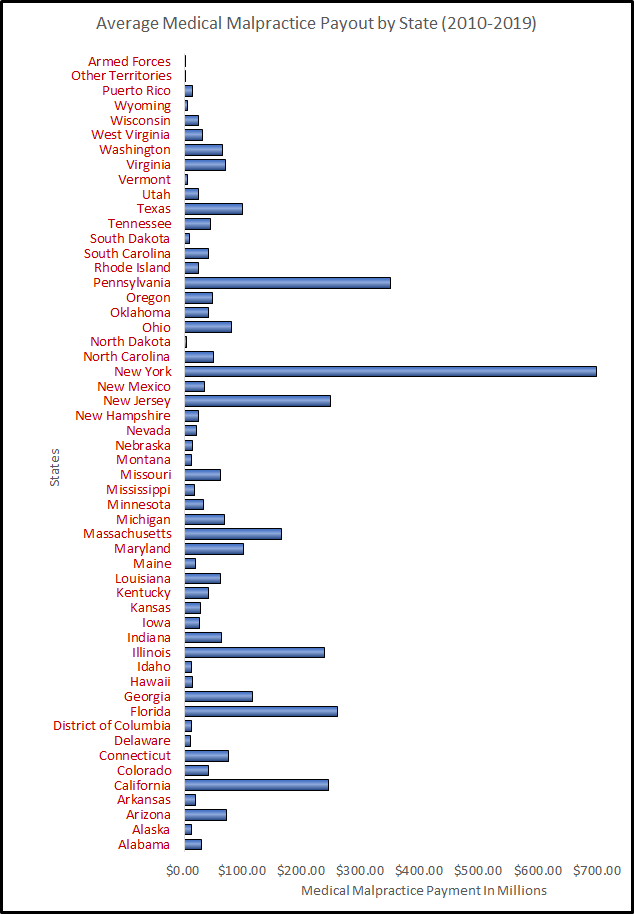 Even with a significant proportion of people experiencing medical malpractice, only around 2% of them ever file for malpractice claims for compensation. According to the BJS report, only 7% of the medical malpractice lawsuits ended in a trial, as many cases are either dropped or dismissed before trial.

For the cases that go to trial, 80% rule in favor of the defendant healthcare providers. Moreover, research indicates that only 1 in 3 patients receive compensation for their injuries, out of which less than 5% of cases end in a verdict, and around 95% are out of court settlement.

Expectedly, the amount of money paid to injured patients increases as the case proceeds further along the legal process. According to a 2013 report from Medscape, the average out-of-court settlement for medical malpractice claims was about $425,000 and the average jury award in the same year exceeded $1 million.

Depending on the strength and severity of your case, you might find it beneficial to have an attorney negotiate an out of court settlement for a payout. However, in most circumstances, your attorney will decide what will be the best option for you, even if it means taking the case to trial. 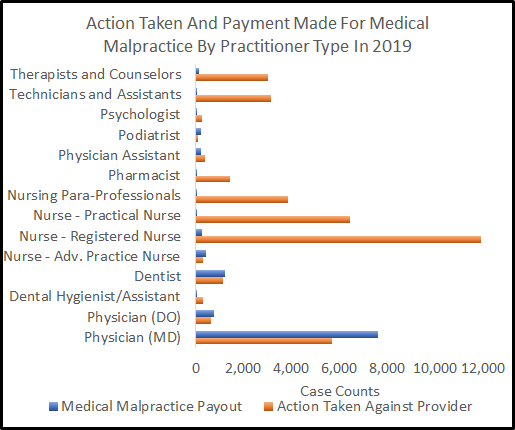 Lawsuits alleging medical malpractice by physicians are relatively common. The number of cases in the US vary by state, averaging of 85,000 ...