Cerebral palsy is caused by abnormal brain development or injuries sustained before, during, and after birth. Injuries to the brain can be caused by a number of factors, including but not limited to infections and blunt force trauma.

Understanding how cerebral palsy is caused can help prevent future diagnoses. It may also help those with this disorder and their families to understand if an avoidable birth injury and medical negligence contributed to their diagnosis, and if so, whether financial compensation may be possible to cover medical and rehabilitative expenses.

How Common is Cerebral Palsy?

According to the U.S. Centers for Disease Control and Prevention (CDC), cerebral palsy is the most common motor disability in children. Three out of every 1,000 U.S. children are diagnosed with cerebral palsy by age eight.

Children who are born prematurely and/or with a low birth weight are at a greater risk of developing the condition. The condition is also more prevalent among males than females, but the reasons why are unknown.

Identifying discrepancies in a child’s ability to meet developmental milestones for movement, language, and more is critical in determining a possible cerebral palsy diagnosis. Some important developmental motor function milestones that should be monitored include:

Abnormal early infancy reflexes are also a sign of cerebral palsy. Proper medical screening and monitoring of these milestones assist in diagnosing if a child has cerebral palsy.

Dyskinetic/athetoid cerebral palsy causes involuntary and uncontrolled movements of the hands, arms, legs, and feet. It is caused by injury to the basal ganglia, the part of the brain that controls movement.

People with this type of cerebral palsy will have different symptoms depending on where the basal ganglia was injured. The six types of dyskinetic cerebral palsy are:

Ataxic cerebral palsy causes difficulties with balance and coordination which may make it difficult to walk. Muscle tremors may also cause challenges with any activities that require fine motor coordination, such as writing. This may be exacerbated by vision problems and difficulty controlling quick movements.

Cerebral palsy is typically caused by conditions in the womb, during birth, or shortly after birth. This makes prenatal health all the more important as many of the risks that cause cerebral palsy are related to distress in the womb.

Cerebral palsy can be caused by issues that are controllable and preventable, such as untreated infections or blood type incompatibility between mother and child, or by genetic factors. Understanding the risk factors and common causes of cerebral palsy is essential to preventing the disorder.

An infant’s low birth weight can increase the likelihood of them developing cerebral palsy. An infant who is born prematurely (before 37 weeks of pregnancy) is more likely to be underweight compared to those who are born early term (37 to 38 weeks) or full term (39 to 41 weeks) and later. Ideally, a child is in utero full term, giving the infant’s brain a chance to fully develop in the womb.

Individuals who are diagnosed with cerebral palsy are also more likely to be born from multiple births. Research in the 2021 medical journal Developmental Medicine & Child Neurology indicates that cerebral palsy is more likely to occur in triplets and quadruplets than twins, precisely due to the increased possibility of premature birth when having multiple children at the same time.

A 2010 study published in the medical journal Human Reproduction states that children born by in vitro fertilization or intracytoplasmic sperm injection are at a greater risk of developing cerebral palsy due to the high frequency of multiple births. Multiple births increase the risk of premature births as well as vanishing twin syndrome (when one fetus is lost early during pregnancy).

Cerebral palsy caused by brain damage occurs for many reasons. The first possible cause is a lack of oxygen to the brain during or after birth, called asphyxia or oxygen deprivation. Anoxia, a complete lack of oxygen, and hypoxia, a partial lack of oxygen, can cause serious brain distress.

Hypoxic ischemic encephalopathy can also occur in utero or during complicated labor and delivery. Lack of oxygen during delivery mimics a stroke, causing brain blood vessels to rupture and depleting brain blood cells of necessary nutrients.

Other types of cerebral damage leading to cerebral palsy include periventricular leukomalacia, which causes brain tissue death, and meconium aspiration syndrome, which is when an infant digests amniotic and meconium feces fluid during labor and delivery.

When brain blood vessels are blocked or burst, especially in a fetus’s cerebrum, a loss of blood flow becomes detrimental. There are two types of perinatal strokes, including ischemic or hemorrhagic. Both types of strokes can occur during pregnancy and after birth.

An ischemic stroke is the most common perinatal stroke caused by blood clots. Brain damage can begin in minutes when clots reduce blood flow, making timely treatment essential. Unlike ischemic strokes, hemorrhagic strokes are caused by ruptured blood vessels in the brain. When brain tissue is saturated with too much blood, damage occurs.

Strokes may occur in the womb or shortly after birth due to a variety of reasons, including the following:

When a fetus suffers neurological impairment due to either type of stroke, the chances of cerebral palsy increase. Therefore, correctly diagnosing a neonatal stroke is essential for preventing cerebral palsy. A stroke misdiagnosis can delay appropriate treatment, which is critical to a child’s development.

Infection is another common cause of cerebral palsy. Infections such as toxoplasmosis, rubella, cytomegalovirus, and herpes, are often associated with cerebral palsy. An infection that causes a high maternal fever can also cause womb and placenta distress, resulting in fetal brain damage.

While jaundice (i.e., the yellowing of skin and eyes) is a somewhat common condition in newborns, it can cause cerebral palsy when left untreated. Jaundice results from high levels of bilirubin, a pigment produced during normal red cell breakdown. During pregnancy, the placenta removes bilirubin from the infant so that the mother’s liver can process it. Shortly after birth, it is common for the baby’s liver to take time to start processing bilirubin on its own, causing newborn jaundice to occur.

When left untreated, jaundice can cause kernicterus, a form of brain damage that may result in cerebral palsy. This is why it is so important for doctors to act quickly when they notice early symptoms of jaundice.

Exposure to toxins can cause cerebral palsy – specifically, high levels of methyl mercury. Methyl mercury is prominent in seafood, such as fish and shellfish, and should be avoided when pregnant.

Consuming alcohol during pregnancy can cause a child to develop cerebral palsy. Prenatal alcohol exposure can cause severe effects on the fetus, including brain damage. Alcohol directly affects brain cell development and function in the fetal cerebrum, further complicating organ development.

The Rh factor is a specific protein found in red blood cells. It can either be positive or negative. When the Rh factor differs between a mother and fetus, the maternal immune system may attack the fetus’s blood cells, specifically those in the brain.

Cerebral palsy can be caused by genetics, according to the NIH. Over time, researchers found nearly 14 percent of cerebral palsy cases are tied to genes that control brain wiring. Estimates show that somewhere between two and 30 percent of individuals with cerebral palsy may have DNA misspellings. While the possible gene mutation is not a common cause of the disorder, it is a notable factor in some cerebral palsy diagnoses.

Birth injury statistics show that several conditions, including cerebral palsy, may be caused by a medical professional’s negligence during and after pregnancy. When a mother does not receive sufficient prenatal care or delivery does not go as planned, certain complications can cause cerebral palsy.

Below are some common examples of medical negligence that can result in a cerebral palsy diagnosis.

Misdiagnosis or Failure to Diagnose

Before delivery, it is important for doctors to look for a number of potential health conditions that could cause a difficult pregnancy and put the health of the baby and mother at risk. When they fail to take reasonable measures to detect and diagnose these conditions or if they misdiagnosis them, they may be considered negligent.

Health conditions that may result in cerebral palsy and that are commonly not diagnosed in a timely manner include:

Some common factors in complicated labor and delivery that may necessitate emergency C-sections are placenta detachment, issues with the umbilical cord, and poor fetal positioning. Any signs of fetal distress which may be detected by an abnormal heart rate are a sign that the baby is not receiving enough oxygen and blood flow and may need to be delivered immediately.

Misreading or failing to monitor fetal monitor strips, sonograms, and the mother’s vitals can lead to dangerous delays in ordering emergency c-sections.

However, caution must be used when applying these instruments as a newborn’s head is malleable and fragile. Too much force can injure the brain and cause disorders like cerebral palsy.

Any infections during pregnancy or after delivery can cause serious health complications and should therefore be treated immediately. When they are not treated, some infections may cause cerebral palsy.

Infections that are associated with cerebral palsy include:

How a Cerebral Palsy Lawyer Can Help

With an artificial intelligence-powered platform, Justpoint connects families with the right attorney for their claims. Every state has a medical malpractice statute of limitations, which is why we have a nationwide list of attorneys who are prepared to help you get started on your case today.

Schedule a free case evaluation with someone from our team who can help determine whether medical negligence may have caused your or your child’s cerebral palsy. The attorneys in our network can help you hold negligent medical professionals accountable and recover compensation on your behalf to go toward your child’s medical bills, past and future care, therapy costs, and more. 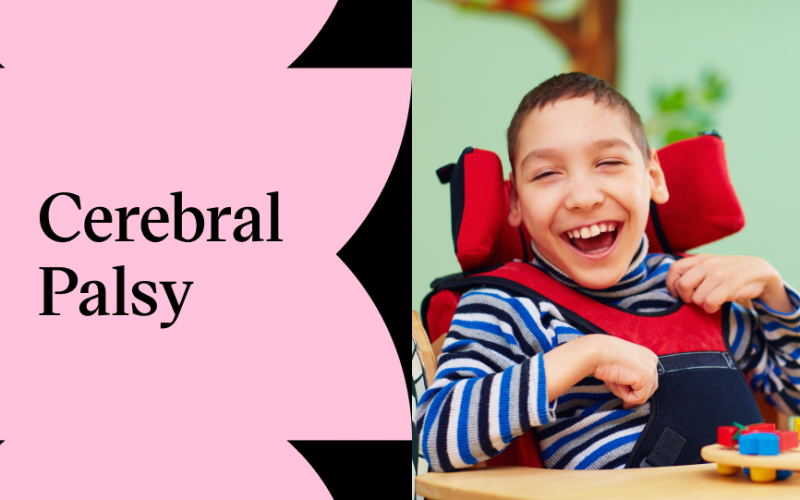 Next
Symptoms of Skull Fracture in Babies 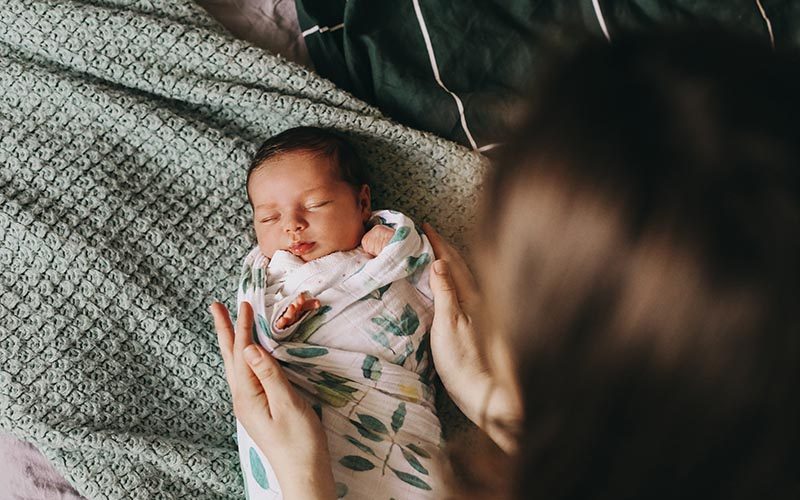 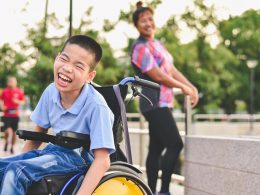 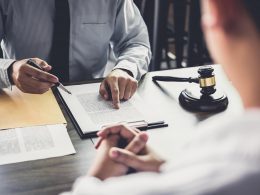 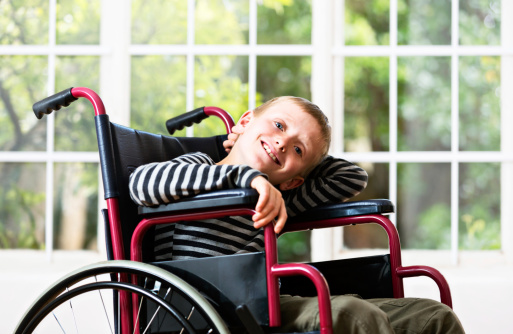 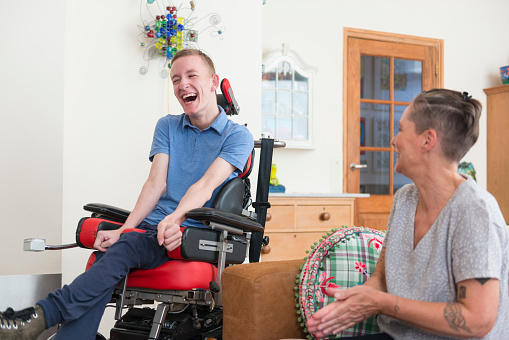