The effects of centuries of racial and gender subjugation and the modern discriminination against the elderly in healthcare are diverse and far reaching, touching on nearly all aspects of contemporary life. In the US, the defined norm is often “white, male, able bodied, youthful and heterosexual.” These standards represent the majority of people who have the privilege to exert power over others, and who often benefit disproportionately from what are supposed to be neutral systems.

Sometimes it’s subtle, coming from the simple lack of opportunities to build generational wealth. And sometimes, it’s less discreet. However, there are few areas where racism, both structural and personal, has a more direct and immediately harmful impact than in healthcare.

For instance, no amount of creativity or determination can make up for not being given enough pain management medication, as African American patients often discover. In general, African Americans are more likely to suffer from a range of ailments, especially of the circulatory system, have reduced access to treatment, and receive lower quality treatment when it is available.

Some of the problems encountered by minority groups in healthcare are caused by the broader problems of racism and socio-economics. African-Americans are more likely to be poor than members of other groups. This leads to more useful types of health insurance being out of reach, and therefore more routine checkups are neglected and smaller ailments can compound on themselves. Drugs such as insulin are a recurring cost that many cannot bear without assistance, and you will sometimes hear horror stories about people having to choose between treating their diabetes and paying rent.

African-Americans are also more likely to live in so-called “food deserts,” places where fresh food is harder to find. This can exacerbate higher incidents of afflictions such as heart disease, which are more common among the black population than the country at large. Other than in inner cities, where small convenience stores are a more common place to buy groceries than the well stocked mega-markets of the suburbs, these deserts are most common in Appalachia, the majority African-American “Black Belt” of the Deep South, and in Native American Reservations. Of course, working class professions also tend to be more physically and psychologically stressful than middle and upper class ones, leading to more long-term wear and tear.

These problems are all so multifaceted and are layered between history, poverty, and racism. But there are still some core factors that impact access and treatment in healthcare for African American and other minority groups, and these factors need to be known.

In 2003, the National Academy of Medicine (then called the National Institute of Medicine) released a landmark study called Unequal Treatment: Confronting Racial and Ethnic Disparities in Health Care, which demonstrated that, even accounting for other factors such as income, insurance status, and severity of illness, that African Americans ended up having worse healthcare outcomes. If you took two patients with otherwise similar backgrounds and afflictions, but one of them is white and the other Black, the white patient would be more likely to receive high-level treatments such as surgeries, and would be kept in the hospital for a longer time for recovery. Again, this result is purely along racial lines – all else being equal, African-Americans still receive lower quality of care than their white counterparts. This study has been both replicated and expanded upon numerous times since its release.

We can’t rule out the idea that this clear difference comes from health care providers simply being individually racist. It would be the easiest explanation, though not a complete one. The problem seems to come more from implicit biases and what are essentially bad examples of “common knowledge” than explicit racism that a doctor or nurse would recognize in themselves. Hofman et al. showed in the study Racial bias in pain assessment and treatment recommendations, and false beliefs about biological differences between blacks and whites that roughly half of surveyed medical students believe that black people have thicker skin and higher pain tolerance than white people. This leads to them triaging injuries and conditions as being less serious for black people, and being more withholding of pain management therapies. Erroneous personal beliefs about race directly lead to poor treatment.

Addressing racial disparities in healthcare can not be solved with one quick fix. It is systematic and complex, with centuries of history behind it and interlocking and interacting causes and effects. Some are more nuanced, others hit you like a hammer with how blatantly unfair they are. But now is always the time to work to fix it.

A recent global report by the United Nations suggests that nearly 90% of the world population demonstrates gender bias against women. What’s more, 76% of professionals cite age as a barrier to getting a promotion, landing new jobs, and sometimes, unlawful dismissal.

Age and gender bias in healthcare is quite widespread, from nearly every aspect of healthcare – from doctors, patients, researchers, consultants, and even administrators. To tackle this issue, however, requires first understanding the problem.

What is Age Bias in Healthcare?

Age bias, also known as ageism in healthcare, includes all types of prejudice exuded mostly towards older adults, insinuating that they are unintelligent or uncooperative. While age bias is rare among children, most of them generally have a positive attitude and perception towards aging. Moreover, older adults visit healthcare facilities  more frequently compared to grown children and younger adults.

Examples of Age Bias in Healthcare

At least one out of five adults has encountered some form of age bias in healthcare settings and environments. Moreover, age discrimination is more prevalent among older adults of all genders mostly in old age care programs. Nearly a third of them report some form of gender bias from doctors and nurses treating them.

Other common examples of age bias in healthcare systems include:

As noted earlier, age bias is more prevalent in older patients compared to their young counterparts. It’s not unheard of when doctors misdiagnose, dismiss, or simply ignore a treatable pathology terming it as a natural condition associated with old age. Disturbing anecdotes of some older patients also indicate that healthcare professionals often share and laugh at age bias jokes around them without unwavering conscience.

Older adults often exhibit varying body characteristics from their younger counterparts. However, thanks to the ravaging age bias in healthcare systems, doctors often handle these patients with the same treatment interventions they prescribe for 30 and 140-year olds. They do so without considering the fact that older adults are much frailer and their responses to medical metabolism are quite different.

The number of geriatricians in the US is shrinking slowly, now standing at 7,000. While the American Geriatrics Society notes that it needs 6,250 more members before 2030 to complement an increasing demand for this healthcare, geriatrics is becoming less popular among physicians in training due to age bias.

Gender bias in healthcare entails all types of prejudice that tend to favor one sex gender over another. Unlike sex, which refers to the biological characteristics of an individual, gender is about how people identify themselves. That said, it’s worth noting that gender and sex bias often overlap in the healthcare industry.

Examples of Gender Bias in Healthcare

Typically, a majority of cultures in the world hold men and masculinity in higher regard than the opposite gender. For this reason, girls and women tend to suffer the most, as far as gender bias in healthcare systems is concerned. In addition to that, gender bias also implicates people perceived as feminines, such as transgender and nonbinary individuals.

Prevalent examples of gender bias in healthcare include:

A 2018 study on older female healthcare professionals shows that a majority of them aged between 60 and 87 years have been experiencing gender-based workplace harassment almost throughout their careers. This can be in the form of discrimination or salary inequity which can be evident even in senior employment ranks.

A recent literature study unraveled how doctors practice gender bias when assessing patients or treating illnesses. In most cases, doctors will look at a male with mild to severe symptoms as “brave” while viewing females experiencing the same symptoms as “emotional”. This may result in physicians treating female patients with regimens meant for mental health instead of physical health.

Do you ever wonder why experts say the 90s research and studies are flawed? Up until recently, a majority of medical research institutions believed that males made better test subjects as opposed to females because their biological functioning is pretty simple. For instance, males don’t ovulate, menstruate, or get pregnant.

The downside of this is that it limits how the industry understands the health and treatment needs for females and people who generally identify as feminine due to hormonal variations. In a hospital setting, healthcare professionals may exude more gender bias towards their female patients simply because they don’t understand how to handle some cases.

Consequences of Race, Age and Gender Bias in Healthcare

Discrimination against race, age, and gender is often overlapping and interlocking. In healthcare systems, this discrimination can result in more than just hurt feelings – but real lasting harm. What’s more egregious is that healthcare systems are often the places where people need to feel the most accommodated and cared for – not mistreated or subject to medical malpractice because of discriminatory factors.

In worst cases, these forms of discrimination can lead to abuse, neglect, or even death. At Justpoint, our mission is to stand up for the oppressed in healthcare and bring them not only justice, but help people their dignity, and get fairly compensated as well. 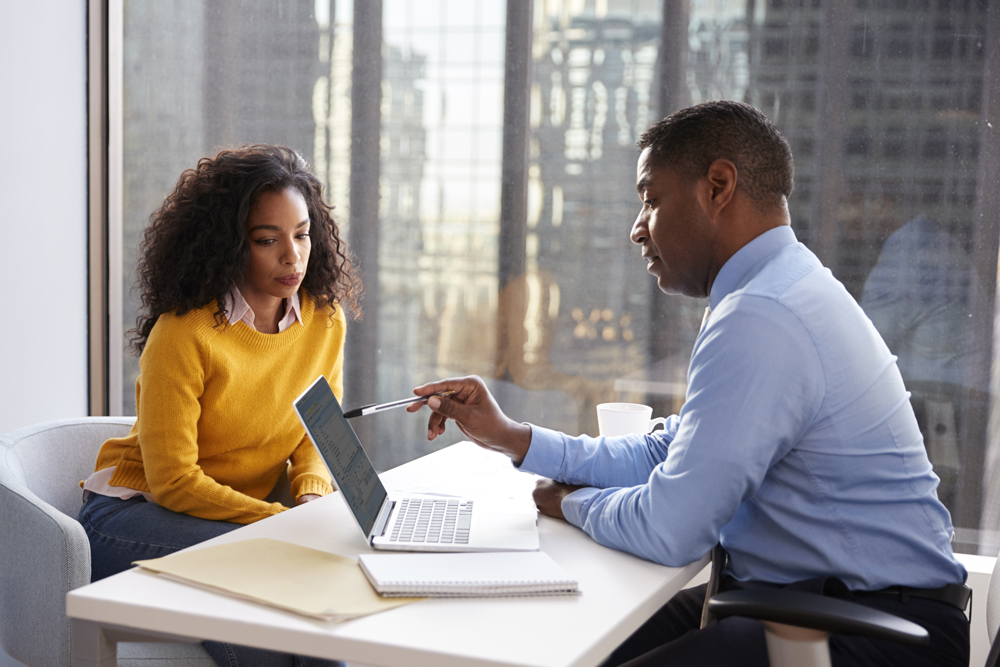 Why Justpoint Could Not Take Your Medical Malpractice Case

Experiencing a medical malpractice case rejection, or perhaps several can be

Next
Filshie Clips: Where Is the Malpractice? 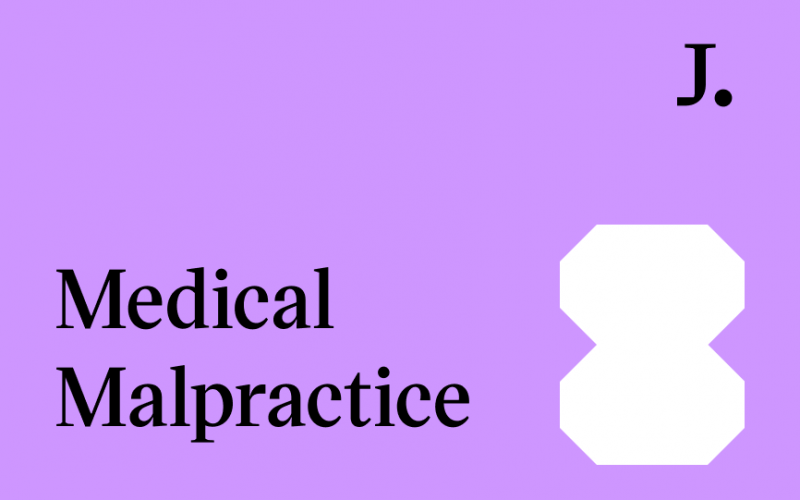 Filshie Clips: Where Is the Malpractice?

The field of reproductive medicine is ample, and, with the current developments 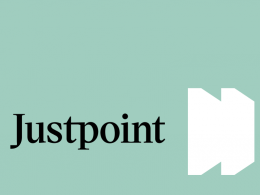 Filing a medical malpractice lawsuit can be stressful, and victims should not be 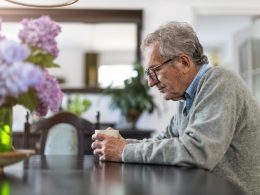 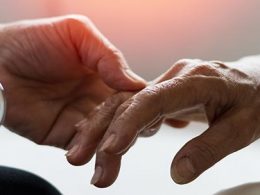