The #MeToo movement, the kneeling protests, the use of social media hashtags, and other movements during the past ten years have all ushered in a new era of speaking up against oppression and injustice. You can still feel unsure about how to address an unfair situation as an individual in the midst of this battle for equity across all institutions.

This article will assist you in learning how to obtain justice by explaining various ombudsman programs. To locate a specific response to a question you may have regarding an ombudsman, look through the contents expand table.

What is an ombudsman?

An ombudsman is a designated neutral mediator  with a significant degree of independence who is typically appointed by the government or by parliament in handling complaints . This individual is also referred to as ombudsperson, ombud, ombuds, or public advocate ombudsman. In some nations, an inspector general, citizen advocate, or other person may be appointed by a legislature and have responsibilities akin to those of a national ombudsman.

An ombudsman may be chosen by state, local, or municipal government departments to serve below the federal government level and institution of federal law. Unofficial ombudsmen may be chosen by or even employed by a business, such as a news reporting agency, utility provider, non-profit organization, or professional regulatory body.

The Ombudsman Act outlines the nomination of an Ombudsman to investigate the use of administrative authority by specific agencies, as well as the powers, responsibilities, and other procedures of the advocate ombudsman .The specifics of the Act may be found in various archived news reporting  media and human rights non-profit sites.

What does an ombudsman do?

An ombudsman investigates complaints brought  by citizens and works to resolve conflicts, frequently through established procedures of conciliation.  These suggestions may or may not be binding to the parties involved. Ombudsmen provide helpful resources such as discovering underlying problems that result in subpar service or rights violations.

Most ombudsmen at the national level have the primary function to deal with the whole public sector that is under government agencies and occasionally also parts of the commercial sector (for example, contracted service providers). Certain parts of society, for instance, may have a mandate that is more constrained. One of the more recent developments was the appointment of a dedicated Children’s Ombudsman.

The ombudsman is regarded as the national human rights institution and is given legally binding ombudsman permission in several nations, to perform duties that resolve matters and defend human rights under  federal government law. By the end of the 20th century, most governments and certain intergovernmental organizations, like the European Union, had established the position of ombudsman.

An organization called The National Consumer Voice works to guarantee that family members of nursing home residents and assisted  community living residents have the power to speak up for themselves on matters pertaining to long-term care. They can raise concerns they observe with how facility staff members treat patients. It is a key resource for knowledge and resources for patients, family, carers, advocates, and ombudsmen to help ensure patients and nursing home residents receive high-quality care.

The Administration for Community Living (ACL)/Administration on Aging (AoA) receives reports through ombudsman programs detailing their operations. These reports include the types of visits in assisted living facilities, complaints received and investigated; information and assistance given, and community education.

These reports are then summarized in the National Ombudsman Reporting System (NORS). The ACL AGing, Independence, and Disability (AGID) Program Data Portal and the NORC website both host NORS data.

What does the Ombudsman cover?

An ombudsman works in two categories. Some deal with consumer complaints and financial issues and cover the private sector. Others focus on systemic issues within the public bodies such as grievances against governmental entities, the breaking of federal law and poor  public services. The International Ombudsman Association includes the majority of ombudsmen, and the association conducts formal investigations.

A public sector ombudsman can be contacted if you have a grievance against government officials and a local council regarding public entities.

If you have an unresolved complaint about a commercial enterprise that is a participant in the ombudsman program, you can take it up with aprivate sector ombud’s office . If the organization is taking longer than 8 weeks to resolve complaints, verify with the ombudsman program you’re utilizing.

There are several private sector ombudsman:

What is a deadlock letter ?

You might get a letter or email from your provider informing you that there is nothing extra they can do to help with your complaint. It’s known as a “deadlock letter.” The message will give the ombudsman office  contact information and inform you that you may now get in touch with Ombudsman Services. Your complaint must be escalated within a year of receiving the letter.

What happens when a complaint goes to the Ombudsman?

One must provide the ombudsman with all relevant information regarding the issue at hand. The ombudsman works by requesting information about the relevant issues be sent to them by the public service provider. Just as public officials, they respond to the complaint, but may need some time to gather the data they want from the parties involved.

It is advised that you record the time and date of your calls, the individuals you speak with, and the specifics of the concerns raised. If you escalate the case to the ombudsman, you might need to refer to them. Sending a follow-up email or letter is a good idea if the issue is complex so that you have a record of all the correspondence.

Therefore, there is no room for misunderstanding. To better understand and address the issue, your provider can ask for further details. In order to ensure that they can process it as quickly as possible, they will be able to let you know exactly what they require.

You then approach the office of the ombudsman for resolution services . Depending on the one you select, your ombudsman has twelve to twenty-four weeks to conduct formal investigations and settle your complaint. It will depend on the specifics of your complaint. Within three to six months, the ombudsman aims to finish the examination of any case. They may need additional time if the case is more challenging. However, they keep one updated on the status of the complaint.

This time frame gives them ample time to weigh the pros and cons of the issue and the available proof before coming to a decision. They might get in touch with you to ask more questions. You can get in touch with them to find out how your complaint is progressing. In fact, if four weeks have passed and you have not heard anything, the ombudsman recommends you to contact them to double-check that your complaint has been received and is being handled properly.

Prior to a full eight weeks, your provider may decide to resolve your complaint at any moment. They will send you a “deadlock letter” if they do. This often includes a final offer and contact information. You must now determine whether you believe their solution is logical and will address your issue.

You can bring your complaint and get your own ombudsman if you’ve received a stalemate letter or if eight weeks have passed and you still haven’t found a solution.

When you’re ready to begin your complaint, you’ll be asked to provide specifics about your issue, supporting documentation, and some personal data that they will use to evaluate the matter. An ombudsman assists individuals quicker when there is as much information as possible to help them avoid having to contact you repeatedly,

Your provider will be informed once the ombudsman has resolved issues. It is often that the supplier will accept that it has let down a consumer and will make a settlement offer once an ombudsman has presented your case. If you are willing to accept, it may result in a swift resolution. If and when the provider makes an offer, you’ll be informed.

The ombudsman will consider the evidence presented by both parties before making a decision that would  resolve issues. One may have to wait a while before learning the outcome of the ombudsman’s investigation.

Further, the ombudsman will suggest what the organization should do to make things right if they determine that your complaint is justified. Although a public sector ombudsman cannot compel an organization to follow their advice, most do.

If the complaint is not resolved, an ombudsman will conduct a thorough investigation. They base their choices on what is just and reasonable, considering:

If you decide to accept the resolution, your provider is obligated to follow it. To get the decision applied, the office of the ombudsman has a specialized team on hand that collaborates with service providers. You are free to take your provider to court to have the decision enforced if they haven’t cooperated with the decision within a reasonable amount of time and you’ve pursued them on the issue.

The conclusion of a private sector ombudsman may have legal weight. They have the power to render a verdict that you might not receive if you went to court. For instance, if you’ve lost money, the ombudsman can require the dealer to apologize or pay you compensation.

If you disagree with the ombudsman’s judgment, you may be entitled to appeal it in court. Nevertheless, the judge will take the ombudsman’s conclusion into consideration.

You must first complain to the service provider whose action or decision has affected you before complaining to the International Ombudsman Association . There may be a local appeals process in some circumstances, which you ought to use. You can approach the office of the ombudsman or long term care ombudsman if you’ve complained to the service provider or a health facility such as a long term care establishment but are still dissatisfied.

Within a year of the action or judgment that negatively affected you, you must file a complaint. However, even if more than a year has gone by, if there was a valid reason for the delay, the ombudsman would still be able to assist.

The Ombudsman can resolve issues regarding decisions that you believe to be unfair and have a negative impact on you, an organization’s inability to explain decisions to you clearly, a failure to respond to your complaints in a timely manner, a failure to communicate with you, a failure to provide you with accurate information, and a failing to do so.

What are the key takeaways of complaining?

The Ombudsman will suggest the course of action to be taken to correct the supplier’s errors if they determine that they have mistreated you or made an error. This might comprise:

Conclusion: Do you need to agree with the ombudsman’s ruling?

The key takeaways are as follows:  an ombudsman assists individuals by advocating for their human rights to be honored. You may challenge the ombudsman’s decision, but only if there has been an error that did not promote transparency or if you have new information that should be considered (with a clear reason why this was not submitted earlier). Even though an ombudsman constantly works to reach objective action, you are free to disagree with their choice if you are unsatisfied. Then you’ll be free to settle your concerns via an alternative channel , such as going through the civil courts. 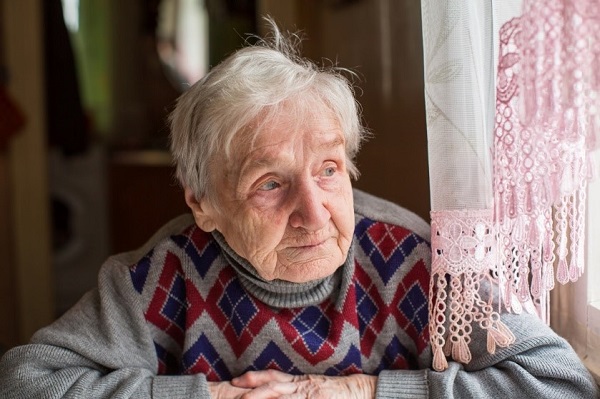 Elder abuse is a widespread issue in our society today 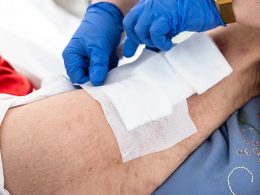 Causes Of Bedsores In Nursing Homes

Bed sores, or pressure ulcers, are a constant threat to nursing homes 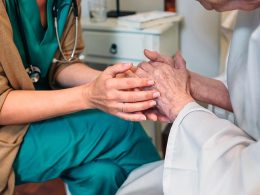 When you have someone you love in an assisted living facility, it can be a tough 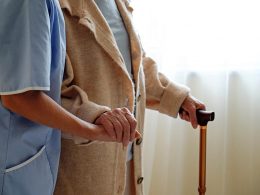 Hospice care is specialised care given to elderly persons with terminal